Yesterday we learnt a little about how important bicycles were in giving freedom, especially to women. Today we are going to explore the bicycle as the subject matter in those fabulous posters of the late C19th - early C20th.

An art enthusiast, Bouglé (nicknamed Spoke) was the French representative for Simpsons chains and brought French artist Henri de Toulouse-Lautrec to England to meet his cycling team. On his return to Paris, Lautrec wrote to his mother:

"I was with a team of bicyclists who’ve gone to defend the flag the other side of the Channel. I spent 3 days outdoors and have come back here to make a poster advertising ‘Simpson’s Lever Chain’, which may be destined to be a sensational success."

Toulouse-Lautrec’s first poster attempt was rejected. The fault with the initial attempt was that it did not accurately show the bicycle’s chain and sprocket, the product that the poster was commissioned to promote. Lautrec came back with The Simpson chain design, which was approved. It focuses on the French cyclist Constant Huret, shown behind the back wheel and chains of two unidentified cyclists, as if poised to overtake.

We all love a mystery, I was keen to find out more about the unidentified female rider on the back of the tandem, and Philip McCouat, an art historian might just have the answer.

'One possible suggestion is that the rider is the teenaged Belgian champion and world record-setting cyclist Hélène Dutrieu. Hélène, later known as the “human arrow”, was in fact closely connected with the Simpson company, being a contracted member of the Simpson racing team, and featuring in other Simpson chain advertisements'.

'It is true that the Dutrieu’s brunette hair is darker than the yellowy ochre that Lautrec has given the rider. But Lautrec has done the same with Huret, transforming his dark-looking crew-cut hair to a pale yellow. Lautrec was notorious for his disdain for literal colour accuracy, especially when he had an opportunity to use his favourite orangey shades. In any event, as the print is limited to three basic colours, yellow, red and blue, using yellow for brown seems to be the only feasible alternative'. (Credit artinsociety.com)

Satisfied with Philip's hypothesis, I now wanted to know why Hélène was nicknamed the ‘Human Arrow’. Turns out this related to a stunt she invented. Named "La Flèche Humaine" ("The Human Arrow"), she would ride down a steep ramp only to fly up in the air and land 15 meters away on the second part of the ramp.

Hélène Dutrieu (1877 –1961), was at aged 18, a cycling world champion, and became a stunt motorcyclist, automobile racer, stunt driver, pioneer aviator, wartime ambulance driver, and director of a military hospital. She received multiple awards including, being the first woman aviator awarded membership of the légion d'honneur (French Legion of Honour) in 1913.

Below are some colourful marketing posters from around the 1890s. (Credit flashbak.com- Artists unknown unless stated.)  When viewing the Cycles Sirius poster below, created in about 1880, remember this was about 20 - 30 years before the style conscious Hélène created a scandal when she chose not to wear a corset.

I will leave you with a list of don’ts for female cyclists which was published in 1895 in the newspaper 'New York World' by an author of unknown gender. 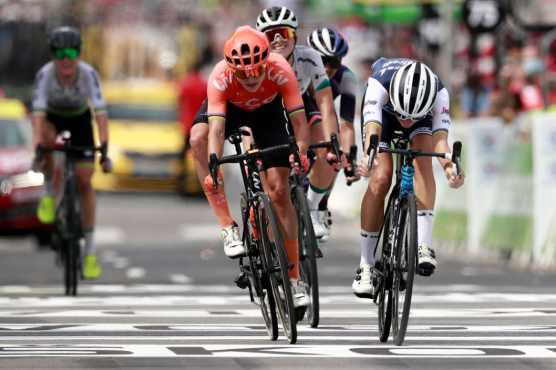 Everyone would be familiar with the Tour de France, the men’s cycling race which commenced in 1903 and takes place over 21 days in various locations mainly in France. This race solidified the popularity of the bicycle. Image Credit: Getty Images - cyclingnews.com