Travelling from Perth to London yesterday I met two Emilys. The first was Emily The Dreamliner a beautiful plane which gives a fantastic ride to the UK from Perth. But I also met another Emily and this one is also a remarkable girl.

Emily Miers, a long distance swimmer from Sydney (Australia), was travelling to England with her parents Scot and Elaine Miers to undertake one of the most gruelling challenges imaginable. Next week Emily is going to attempt to swim the English Channel to raise money for children suffering from brain cancer. So far she has raised nearly $20,000 in support of Dr Orazio’s research at the Children’s Cancer Institute.

Emily is a lawyer and has been long distance swimming for a long time. It runs in the family! Emily's father Scot Miers swam the English channel in 2014. 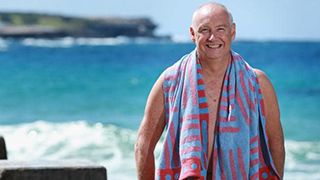 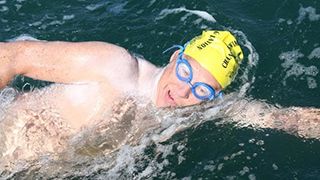 Captain Matthew Webb (1848-1883) was the first recorded person to swim the English Channel for sport without the use of artificial aids. In 1875, Webb swam from Dover to Calais in less than 22 hours. This brought him great celebrity, and he performed many stunts in public. He died trying to swim the Whirlpool Rapids below Niagara Falls, a feat declared impossible. (en.wikipedia.org) 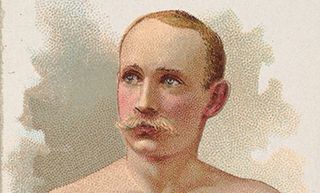 There is in fact a statue to Matthew Webb in Dover. 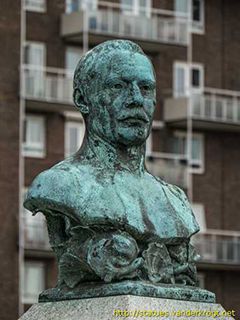 And while we are talking swimming, let me take this opportunity to introduce you to the Underwater Portraits by American artist Samantha French.

We wish Emily Miers good weather and a calm crossing. The rules allow Emily to have a companion swimmer for part of the way so her father Scot and anlother channel swimmer will be in the boat alongside her and from time to time join her in the water.

Emily has raised nearly $20,000 in support of Dr Orazio’s research at the Children’s Cancer Institute. To donate to the fundraising campaign visit https://bit.ly/2Zab1Ss.

Showcasing the beauty of Stockholm and a mention of Alfred Nobel.