As we traverse across the festive season and all the joy and celebrating that occurs (and yes the maddness) please don't forget the animals that are so much a part of our lives: as beloved pets, respected native fauna and the animals that work for us and give us sustenance.

The famous Sir Edwin Henry Landseer RA (1802 1873), an English painter and sculptor, lived in the St John's Wood area of London so fits in nicely with the theme I have been running over the past weeks. Today I want to bring you some of the images Landseer created of creatures as he is best known for his paintings of animals – particularly horses, dogs, and stags. Landseer also made the lion sculptures in Trafalgar Square.

One of my very favourite paintings of an animal is one of Landseer's and is titled:

A Distinguished Member of the Humane Society

The painting is an 1831 oil on canvas work by Landseer depicting a Newfoundland dog. The original was damaged in a flood whilst on loan to the Tate Gallery in 1928, and was returned to public view for the first time in 50 years after it was restored in 2009.

The dog in the painting is meant to be "Bob", a dog that was found in a shipwreck off the coast of England. The dog found his way to the London waterfront where he became known for saving people from drowning, a total of twenty–three times over the course of fourteen years. For this, he was made a distinguished member of the Royal Humane Society, granting him a medal and access to food.

The painting was bequeathed to the Tate Collection by Newman Smith in 1887. The painting was damaged in a flood at the London Tate Gallery in 1928, which required extensive restoration work. Following the restoration work which was coordinated by Ron Pemberton, the painting went on display at the Philadelphia Museum of Art from 2002–2005. The painting went on loan to The Kennel Club in 2009 in order to form part of the Pets & Prizewinners exhibition at the Kennel Club Art Gallery in London. Prior to this display, it had been unseen in the UK for over fifty years. The coloration of the breed as featured in the painting has become known as a "Landseer".

A 19th century copy of the painting by George Cole was sold by auctioneers Bonhams for £7,200 in March 2007.

Aesthetics
The dog is painted against a threatening dull sky, in order to highlight the dog himself with the darkened markings on his head standing out. The dog reclines on a quayside, while water ripples against the sea-wall. The shadow of the dog is cast on his own flank. The painting was described by The Art Journal as being "one of the best and most interesting publications of the year", and "Mr Thomas Landseer's first great effort in this department of the art". (en.wikipedia.org)

Some other Landseer paintings of animals for you to enjoy.

Take time to reflect and relax with a video and some paintings by Edma Morisot. 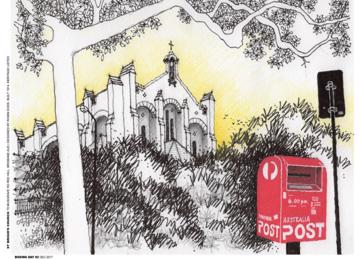