One of the pluses of this time we are all having to live through is that you have time to think, to dream, to plan. And to engage in activities you wouldn't normally find time to do.

Recently E in London sent me a Line Rider video for my amusement. I found the production of the rider fascinating and thought I must have a go at producing a video where you draw tracks for a little sled rider to zoom along on while being synchronised to, a preferably dramatic, piece of music.

I was determined to produce a video where the rider stayed on the track for the complete playing of the chosen music. Our Caroline chose the music - Tchaikovsky's Piano Concerto No 1. Op 23. Even though I chose to use just the 3rd movement it still meant my little Line Rider had to stay on the track for a little over 6 minutes. Here is my final effort which I decided to illustrate just for fun. Why not!! I have plenty of time on my hands!!

There are only three lines you can draw - two different types for the rider to travel on and one which can be used to draw illustrations. I experimented using all three lines making sure to keep the track lines away from the rider as she would shoot up it in the wrong direction. I've left in all my mistakes as I felt they added to the unfolding drama.

In my isolation studio booth I have also completed the Macedonian Shepherd. If you would like to see the various stages of this production click:

In the May MailBay I included an image of a head made from animals shapes and challenged you to find the camel. There were lots of responses that the camel could not be found. So a hint.

The brain likes to group things together - to classify into items that have something in common. As you look at the head your eye most likely was drawn first to the huge elephant on the top of the head. So your brain thinks "Oh great. I'm looking for shapes of animals that are quite large." The hint is that the camel is in fact very small.

And now the answers to the Matching Mothers to Artists Quiz. The artists name to the matching mother is given below. Read left to right, top to bottom. 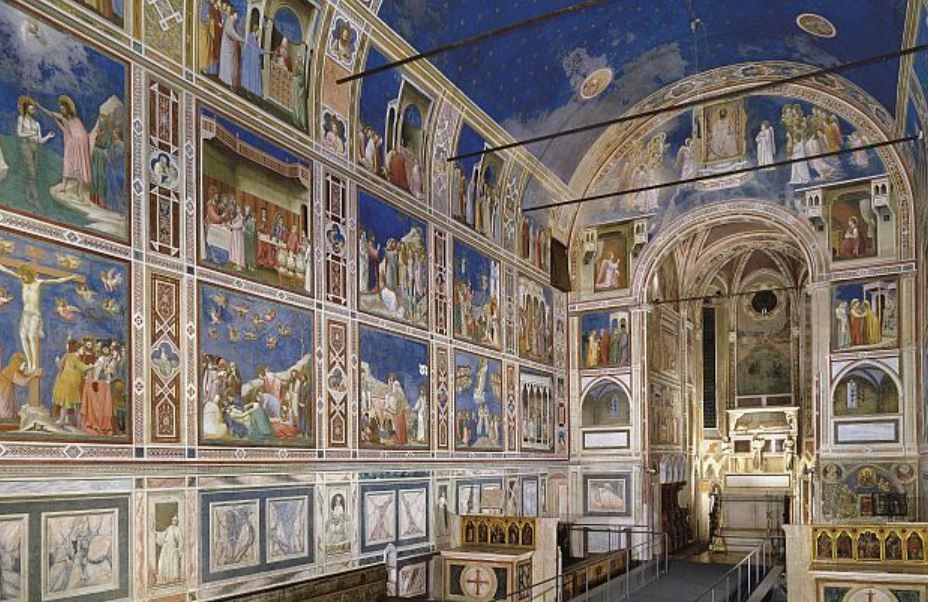 Giotto’s Arena Chapel located in Padua, Italy which is filled with the most wonderful frescos and Giotto’s most celebrated work, completed around 1305. Credits:TrustandTravel