Australian urban landscape artist Kevin McKay has been brought into our vision by our subscriber and artist John Pickup who has assisted me in compiling this post.

Kevin and John share a common love for the iconic mining town of Broken Hill in far southwest New South Wales where John Pickup, along with Pro Hart, Jack Absalom, Hugh Schulz and Eric Minchin formed the famous Brushmen of the Bush: painters who toured the world exhibiting (for charity) their paintings of outback Australia. Back in Broken Hill, a small boy was being caught up in their world and dreamt of becoming an artist.

Kevin has been most generous in allowing us to share in his journey where the present meets the past on so many levels.

We learn that Kevin's inspiration to paint grew out of being immersed, back in the 1970s, in a world in Broken Hill, as created by the presence of the Brushmen of the Bush and other emerging artists who were soon to make it the outback art capital of Australia.

The light and ambience of the mining town of Broken Hill otherwise known as The Silver City, has been so perfectly captured by Kevin McKay in Thompson's Shaft.

As Kevin has said: I would ride my bike up to visit Pro’s gallery, but John Pickup, Eric Minchin and Jack Absolom inspired me with their tonal and atmospheric sensitivity.2

Kevin, born in the USA, came to Australia as a two year old and found himself growing up in Broken Hill, 1,143 kms from Sydney, New South Wales.

As I write this post Kevin is packing up and preparing to make the drive to deliver his paintings.

But wind back the clock exactly one year when in September/October 2019 he journeyed back to Broken Hill in preparation for this year's exhibition. He has shared his thoughts and emotions, stirred by returning to his childhood home town in a blog, the link to which is given at the end of this post.

I'll let Kevin tell a little of his story into the world of art.

Broken Hill was my childhood home in the 1970s, where the Brushmen of the Bush inspired me to paint. 40 years later I returned to paint its streets and landmarks which still carry the ghosts of memory. 3

My first plein air study in Broken Hill was of an overpass next to an old mine manager's house where I lived in 1973. A depression at the base would become a pond when it rained, which we would swim in as kids. The overpass links South Broken Hill with the main town. It was a chilly morning and a bit blustery. As I worked several aboriginal men crossed the tracks and shuffled past me toward town.4

In the afternoon I painted a church (below left) opposite a lane where my family bought a house for $2500 in 1974. It was just a tin shack, but my father had faux brick arches installed. He also bought fake tiles (made of tin) which I hammered on the roof at age 11. I was pleased to note they are still there. The front yard now has a faux classical garden to complete the look. I had to abandon this painting as the light was changing too fast. Will complete another day.4

And a few days later.

I painted a vacant lot this morning (below right). It's the sort of place we would play in as kids, if we could avoid the thong-piercing three-cornered jacks (multi-pronged desert thorn). The messiness is so Broken Hill, and this site is just a stone's throw from Pro Hart's gallery, an identity that is as messy and famous as the town itself. I used to ride my bike to visit his gallery which included Rembrandt and Picasso etchings, some not even framed. Pro gave me my first art prize at age 9. 4

Plein air studies inform Kevin’s studio paintings, which typically depict eerily empty architectural spaces, where the stillness of classical form and the drama of light is found in the everyday and in the midst of urban transience.1

In terms of style, some of Kevin's paintings remind me of an Edward Hopper scape. In fact Kevin has said of Old Shops below: No story here. Just trying to channel a little Edward Hopper. 4

Perhaps Kevin, as a young boy, was dreaming of painting the shops he passed on his way to school.

A few paintings feel like the pictures I imagined I would one day paint when I was kid discovering my vocation.2

In 1973 we visited a family friend who was an artist. While the adults spoke I wandered around the back and into his studio where I encountered paintings in progress, with palettes full of freshly mixed paint. I was in awe and grabbed my mum to show her, declaring that this was what I wanted to do. This morning I found that house (I think) and painted the streetscape directly in front of it.4

And I am sure the hole in the stone fence (below) appealed to the small boy roaming the streets of Broken Hill, gathering inspiration: inspiration which has now been nurtured to maturity. Kevin McKay has won many awards and his canvases adorn galleries, buildings and homes in Australia and far beyond.

As mentioned earlier Broken Hill is called The Silver City in recognition of its main industry and reason for existence: the mining of silver, lead and zinc. It's a mining town symbolised by the poppet heads, mine buildings and machinery.

And also the famous Trades Hall which stands as a testimony to the fighting spirit of the miners.3

Life was tough in Broken Hill surrounded by semi-arid desert, thousands of kilometers from just about anywhere - and where survival depended on the most precarious of occupations- mining. We saw the Miner's Memorial in John Wylie's painting Gems of the Desert created in memory of the lives lost in the mines of Broken Hill.

Amongst all of Kevin's paintings the one that stands out as iconic, for me, is not a mine but a miner's cottage perched on the hill of rocky rubble determined to survive: not hopeful of anything but survival.

Memories are often fractured and conflicted as nostalgia can also be tinged with pain. This tension paralleled my active engagement with the architectural space of the city, negotiating between the past and present, the familiar and the strange. I felt like I brought the perspectives of the outsider and the local together in depicting the eclectic architectural heritage of a unique outback town.3

The road-based perspective alludes to the fact that we all live in the midst of mobility in which the sense of moving on is a constant. Nevertheless the yearnings and fantasies of home persist. I borrowed a lyric from a Leonard Cohen song as the title for this exhibition.3

From this Broken Hill: Kevin McKay

To learn more about Kevin McKay, his painting techniques and to see more of his paintings, please visit his website by following this link: kevinmckayart.com.

If you would like to go back in time with Kevin McKay as he shares his journey back to his childhood home, please follow this link to his Broken Hill Blog.

Contemporary artists talk about their Connection to the Landscape. Read what Kevin McKay has to say.

Below is the link to Kevin's exhibition From this Broken Hill being held at the Broken Hill Regional Art Gallery from 18th September to 14th November 2020. 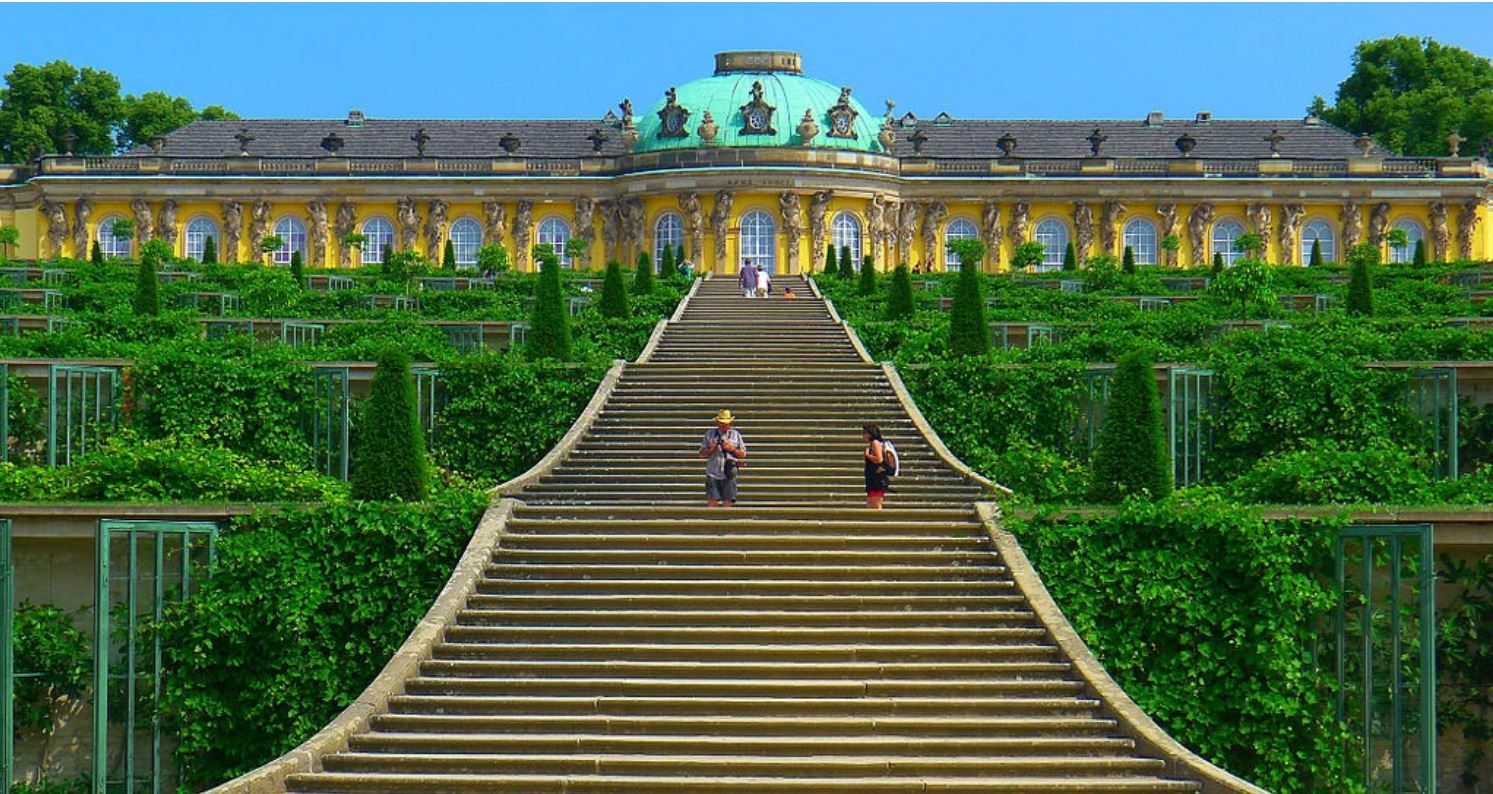 Sanssouci, located in Potsdam near Berlin in Germany, was the summer palace of Frederick the Great, King of Prussia, (from 1740 until 1786). It is often counted as a German rival to Versailles. Sanssouci Palace (Credit: © Mbzt WikiCommons)