Sanssouci, located in Potsdam near Berlin in Germany, was the summer palace of Frederick the Great, King of Prussia, (from 1740 until 1786). It is often counted as a German rival to Versailles.

On a small rise covered with vineyard terraces, Frederick had his Sanssouci summer palace designed/built between 1745–1747, by Georg Wenzeslaus von Knobelsdorff. Due to a disagreement about the site of the palace in the park, Knobelsdorff was fired in 1746. Jan Bouman, a Dutch architect, finished the project (the reason is explained in the video later in the post).

This was not merely a summer residence and the King's favourite place to stay. It also became a personal sanctuary, a place where he retreated in times of difficulties to relax in the company of his dogs. Frederick was reluctant to have even minor repairs made to the palace. Sanssouci was his private refuge and, as he said, should only last my lifetime.

Thankfully, his wish did not come true. Today, Sanssouci has lost none of its special magic and charm, which I had the pleasure of visiting briefly in 1995. Once again my memory is sketchy so I have sourced details from visitberlin.de; theculturetrip.com, atlasobscura.com, hisour.com, as well as wikipedia.

Frederick the Great ruled the Kingdom of Prussia from 1740 until 1786, the longest reign of any Hohenzollern1 king and the last Hohenzollern monarch titled King of Prussia after achieving sovereignty over most historically Prussian lands in 1772. Significant accomplishments during his reign included military victories, reorganization of Prussian armies, patronage of the arts and success in the Seven Years’ War.

Friedrich the Great was renowned for his modesty, epitomised in his saying A crown is merely a hat that lets the rain in. Without a show of pomp and circumstance, but with considerable personal discipline, he guided the fate of Prussia in the eighteenth century. His beloved summer palace was his ideal of everyone’s wish of living without a care – Sanssouci.

The French expression sans souci roughly translates to carefree or without worries, as this was Frederick’s primary ethos when constructing the estate, working comfort and beauty into every inch of the location. The architectural style is classically Rococo with florid tapestries and ornate reliefs carved on the walls. Frederick exerted so much of his personal taste into the design and decoration of the palace that many scholars refer to the style as Frederician Rococo.

It was no coincidence that Frederick selected the Rococo style of architecture for Sanssouci. The light, almost whimsical style then in vogue exactly suited the light-hearted uses for which he required this retreat.

The Rococo style of art emerged in France in the early 18th century as a continuation of the Baroque style, but in contrast with the heavier themes and darker colours of the Baroque, the Rococo was characterized by an opulence, grace, playfulness, and lightness. Rococo motifs focused on the carefree aristocratic life and on light-hearted romance, rather than on heroic battles and religious figures. They also revolve around natural and exterior settings; this again suited Frederick’s ideal of nature and design being in complete harmony.

You might be surprised to know that Sanssouci comprises just 12 principal rooms (originally a mere 10), little more than a large, single-story villa - which is exactly what Frederick wanted - to allow him to step into the garden from any room. No wonder, as the garden is a spectacular sweep of manicured terraces.

This short video brings the garden and opulent elegance of the interiors to life.

The Concert Room, a major work of Frederician Rococo, was the venue for the King's famous flute concerts. Frederick the Great was a talented solo performer on the transverse flute. In the Music Room, he played duets, accompanied on the harpsichord by musicians such as Carl Philipp Emanuel Bach, Johann Sebastian Bach's most distinguished son. 2

The Fourth Guest Room, which was also known as the Flower Chamber in the 18th century, is traditionally associated with Voltaire, and is known as the Voltaire Room. Legend has it that the philosopher stayed here when at Sanssouci. 2

The Library with the exquisite cedar-panelling - in itself a work of art. Housing around 2000 books, none were in German as French remained the language of the elite. 2

As indicated on the tourist map above, the palace is located in Sanssouci Park, taking up over 2000 hectares. Now a UNESCO World Heritage Site, which encompasses, lush parklands, vineyards and rose gardens. As you can see there are many buildings, as diverse as the Charlottenhof Palace, Dragon House, Roman Baths, shown below.

Too many to cover here, however let's learn a bit more about The Chinese House, and the New Palace.

One of my favourite buildings is the Chinese House (above). Frederick the Great modeled it on the Maison du trefle, a 1738 garden pavilion in the palace grounds of Lunéville, France.

The cupola (created in copper), crowning the roof is surmounted by a gilded Chinese figure with an open parasol. Light falls into the central chamber through the long oval window openings of the cupola as it does through the windows in the façade.

What a wonderfully decorative piece of garden architecture and I am sure the guests were elegantly attired when invited to the small social events held here.

Twenty years following his creation of Sanssouci, Frederick built the New Palace (below) in the western part of the park. This far larger palace was in direct contrast to the relaxed ethos behind Sanssouci, and displayed Frederick’s power and strength to the world.

The building was begun in 1763, after the end of the Seven Years’ War and completed in 1769. It is considered to be the last great Prussian Baroque palace. For the King, the New Palace was not a principal residence but a display for the reception of important royals and dignitaries - intended to demonstrate that Prussia’s capabilities were undiminished despite its near defeat in the Seven Years’ War.

Of the over 200 rooms, four principal rooms and a theatre were available for royal functions, balls and state occasions. Frederick referred to the new construction as his fanfaronnade (showing off) and as you can see in this short video it is very different in style and grandeur to the modest and elegant Sanssouci!

After the death of Frederick the Great in 1786, the New Palace fell into disuse until 1859 after which time a series of Emperors and Kings occupied the palace.

After the November Revolution (post World War I) and the abdication of Wilhelm II, the New Palace became a museum until the World War II, when some of the palace’s treasures were looted by the Soviet Army. Much of its furniture had been removed and taken to the residence of the exiled Wilhelm II at Huis Doorn in the Netherlands.

The majority of the furnishings were discovered by the Dutch in the 1970s, still in their original packing crates, and returned to Potsdam. Because of this, and because it escaped bombing in the Second World War, the palace today looks much as it did in 1918.

We cannot leave Potsdam without mentioning a significant historical fact.

Cecilienhof Country House (below), was the chosen location of the Potsdam Conference - one the most important historical events of the 20th century.

The Potsdam Conference is seen around the world as a symbol of the end of World War II and the beginning of the Cold War, which led to the division of Europe and the erection of the Berlin Wall. The Potsdam Agreement adopted at Cecilienhof laid the groundwork for a new order in Germany, Europe, and the world after World War II.

The border installations, including the Berlin Wall, that stood not far from the building from 1961 to 1989 were an indirect result of the Potsdam Conference and thus also a part of the house’s history.3

Emperor William II commissioned Cecilienhof, built from 1913–17 for his oldest son, Crown Prince William. Until 1945 it was the home of the crown prince and princess, William and Cecilie of Prussia. In the course of the Potsdam Conference, the house’s main rooms were refurnished and the red star installed in its court of honour (shown below).3

I toured the rooms in 1995, which included the White Salon which was used for informal breaks during the conference and the office used by Stalin - after all the years since the conference, the room still had an eerie feel. Even now I have shivers running up my spine.

It was a fascinating visit, spanning from the small beautifully elegant rococo Sanssouci palace, an escape for Frederick the Great in the C18th, with the breathtaking sweep of vineyards to viewing the rooms in Cecilienhof, a Tudor style country house, where momentous decisions were made resulting in the end of World War II.

For our next magnificent mansion, we are heading to the south of Spain and a Moorish palace.

1 The House of Hohenzollern was a German royal dynasty whose members were variously princes, electors, kings and emperors of Hohenzollern, Brandenburg, Prussia, the German Empire, and Romania. The family arose in the area around the town of Hechingen in Swabia during the 11th century and took their name from Hohenzollern Castle. The first ancestors of the Hohenzollerns were mentioned in 1061. 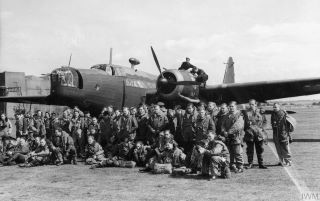 Today we pause to remember the 80th anniversary of the Battle of Britain, the conflict in the skies over southern England in 1940. We pay tribute to the bravery , unity and endurance of all involved, in the air and on the ground. Image: Imperial War Museum, England © IWM (HU 104669)