As regular subscribers know, I’ve been fortunate, travelling to many countries around the world. Reflecting on countless highlights, many memories centre on fabulous palaces, castles, grand houses and palatial residences - filled with fascinating histories, intriguing mysteries, architectural marvels and priceless works of art.

Dictionary.com defines a mansion as a very large, impressive, or stately residence. With such a broad scope, over the coming weeks we will feature a post on a castle, palace or grand dwelling; some may now be in ruins or transformed into a museum but all will have been a family residence at some point in history.

It is fitting to start with Windsor Castle as its the oldest royal residence in the British Isles. As you can see from the watercolour below dated 1846, it hasn't change much from the aerial view above.

Today, more than 500 people live and work in Windsor Castle – not only is it the oldest but also the largest continually inhabited castle in the world – covering 10.5 hectares with around 950 rooms of which 225 are bedrooms. The layout below gives you an idea of the extent of its size.

It is one of the three official residences to Queen Elizabeth II. The Royal Court is based here at Easter and in June and the Queen loves to spend her weekends at Windsor Castle, where she is currently residing during the pandemic.

When William the Conqueror originally built Windsor Castle in the late C11th, it was intended as a fortress. William erected the castle to oversee a strategic part of the River Thames, and to help protect Norman dominance around London. The royals of the time lived in the former palace of Edward the Confessor in the village of Old Windsor. In 1110, Henry I became the first royal to use the castle as a residence.

Used as a residence ever since, the castle has undergone many changes during its long history, often at colossal expense. Born at Windsor Castle, Edward III spent lavishly on an expansion. His military victories in France at Crecy, Poitiers, and Calais helped pay for “the most expensive secular building project of the entire Middle Ages in England”.

Henry VIII enjoyed Windsor as a royal playground for shooting, dancing, wrestling, tennis, and even song writing while it was Elizabeth I’s favourite and she spent more money on it than any of her other residences.

Charles II liked to imitate Louis XIV of France, creating “the most extravagantly Baroque interiors ever executed in England”. £100 million^ was spent by George III on Gothic restyling work, which paled in comparison to the £817 million^ lavished by his son and successor George IV. He is purported to have spent the equivalent of £295 million^ on work that included hiring Italian architect Benedetto Grazzini to convert the Lady Chapel (now within St George's Chapel) into an Italian Renaissance design.

Queen Victoria and Prince Albert made Windsor their primary home and hub for all the diplomatic and state visits of the rapidly expanding British Empire.

During WWII the castle was a refuge for the Royal family and on occasion they slept in the dungeons which were used as an air raid shelter.

Below: Queen Victoria and Prince Albert at home at Windsor Castle by Edwin Henry Landseer 1843 3

Windsor Castle endured serious fires in 1296 and 1853, but the most damaging was in 1992. While renovations were being carried out on the Private Chapel of the State Apartments, a curtain near the altar is thought to have been too close to one of the spotlights used for the work, setting it alight—the fire quickly spreading to the state rooms, which were severely damaged. By a stroke of good fortune most of the treasures, furniture and art works had been removed from these rooms due to the renovations.1

The 5-year restoration project presented some challenges in re-creating the rooms, back to original authenticity of George VI's time.

Much was learned of the Castle's early history, during extensive archaeological work. It is said the Castle is in better condition now that at any time in its 200-year history.

Below are just some of the sumptious rooms.

Below top row: The Red Drawing Room and a close up of the cornice and drapery; The Green Drawing Room; 1
Below bottom row: The Queens Ballroom; The Waterloo Room; The Kings Bedchamber. 1

It is largely thanks to works collected or commissioned by George IV, that some of the finest works of art form The Royal Collection housed at Windsor Castle – held by The Queen as Sovereign for her successors and the nation.

I had the pleasure of visiting the Castle and viewing part of this collection in 2018 and it was pleasing to know part of the admission fee is used to maintain the collection and the Castle.

Below, just a few of the priceless art works:
The Massacre of the Innocents 1565-7 by Pieter Bruegel the Elder 1; The head of Leda c1505-8 by Leonardo da Vinci 1

The Nubian Giraffe 1827 by Jacques-Laurent Agasse 4; Portrait of a Young Man c1507 by G Bellini 4

Now lets take a look at just a few of the rooms in more detail.

The Grand Reception Room was one of my favourites – probably because it best optimises George IV’s love of all things French. Intended as the principal ballroom, it is one of the earliest rococo revival interiors in England. The walls incorporate C18th French panelling, while the floor still incorporates C14th roof timbers, reused during the C17th when the room became the King’s Guard Chamber.

During the 1992 fire, Bernasconi’s plaster ceiling collapsed while the walls were badly burnt and water damaged. The 3 chandeliers, which had just been reinstalled after complete restoration, were severely damaged. The marvellous malachite urn presented to Queen Victoria by Tsar Nicholas I in 1839 filled with water, causing the malachite veneers to fall off. I admired this sumptuous room, no sign a fire had ravaged it.1

St Georges Hall was also created during George VI’s reign by Wyatville and again completely restored after the 1992 fire. It hosts state banquets held during State Visits – the dining table when extended to its full length can seat 160 people in comfort.

The State Dining Room is a more intimate affair – in Queen Victoria’s time, all the windows were thrown open and fires remained unlit, even in winter, as she believed in lots of fresh air. This room was also extensively damaged and restored to Wyatville’s Gothic design.

It was spine tingling to enter St George’s Chapel – rich with history, known for royal weddings, memorials to many monarchs and the spiritual home of the Order of the Garter.

It began construction under Edward IV in 1475, while The Quire (choir) was completed by 1484. The magnificent stone fan vaulting was added by Henry VIII in 1528. The Chapel ranks as one of the finest examples of the perpendicular style in Britain, characterised by large windows, tall, slender pillars and an overall impression of soaring grace and elegance.

There are 379 clocks at Windsor Castle - the horological conservator has the challenge at daylight saving time, to adjust them all over two days. There are also 300 fireplaces - each tended to full-time by a family of fendersmith that have been doing the job for decades.

A few of the clocks below 4

Needless to say, this castle takes its traditions seriously.

In the next post on mansions, we will take a look at Chavenage – a stately residence with an illustrious history – and how a treasure found there assisted the architects in the restoration of some rooms after the fire at Windsor Castle. 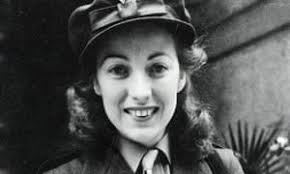 Today we remember Dame Vera Lynn, "the Forces Sweetheart" whose magical voice and messages of hope uplifted so many in the darkest days of World War 2 and beyond. Image: The Guardian