The etching on the left below is by Martin Lewis; the one on the right is by Edward Hopper.

Martin Lewis was born in Castlemaine, Central Victoria, Australia on 7 June 1881. He was the second of eight children and had a passion for drawing. At the age of 15, he left home and traveled in New South Wales, Australia, and in New Zealand, working as a post hole digger and a merchant seaman. He returned to Sydney and settled into a Bohemian community outside Sydney. Two of his drawings were published in the radical Sydney newspaper, The Bulletin. He studied with Julian Ashton at the Art Society's School in Sydney. Ashton, a famous painter, was also one of the first Australian artists to take up printmaking.4

In 1900, Lewis left Australia for the United States. His first job was in San Francisco, painting stage decorations for William McKinley's presidential campaign of 1900. By 1909, Lewis was living in New York, where he found work in commercial illustration. His earliest known etching is dated 1915. However, the level of skill in this piece suggests he had been working in the medium for some time previously. It was during this period that he helped Edward Hopper learn the basics of etching. In 1920, after the breakup of a romance, Lewis traveled to Japan, where for two years he drew and painted and studied Japanese art. The influence of Japanese prints is very evident in Lewis's prints after that period. In 1925, he returned to etching and produced most of his well-known works between 1925 and 1935 Lewis's first solo exhibition in 1929 was successful enough for him to give up commercial work and concentrate entirely on printmaking. 4

Lewis is most famous for his black and white prints, mostly of night scenes of non-tourist, real life street scenes of New York City. During the Depression, however, he was forced to leave the city for four years between 1932 and 1936 and move to Newtown, Connecticut. His work from this period includes a number of rural, night-time and winter scenes in this area and nearby Sandy Hook. When Lewis was able to return to the New York City in 1936, there was no longer a market interested in his work. He taught printmaking at the Art Students League of New York from 1944 until his retirement in 1952. Lewis died largely forgotten in 1962. 4 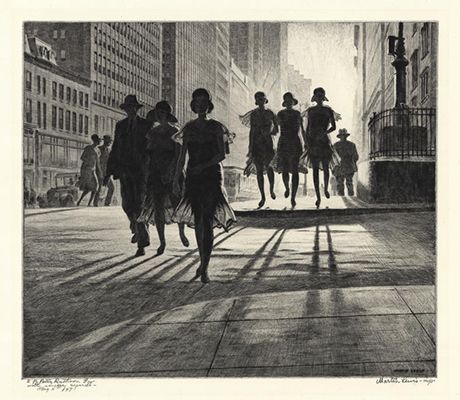 Some more etchings by Martin Lewis which at this time I am unable to title. Note the long shadows which draw you into the composition and which feature in many of Lewis' prints.

And this scene below is wonderful with the movement of the children making for a scene, that although in black and white, seems to come alive. Again the long shadows are an essential element in the composition.

Martin Lewis has captured so many scenes from the early C20th in America which became his home.

I have been blessed with several mentors throughout my life and this post gives me the opportunity to thank them:
I was brought up in an environment filled with the creative arts where my parents King and Bena Newman took every opportunity to bring the world of art to our home.

And in my teenage years my uncle Kevin Morris introduced me to the wonderful works of L.S.Lowry and to the bohemian life of Paddington, Sydney including the world of fashion shoe design.

My dear friend Diane Walsh told me I could paint and to believe in my ability to create my view of the world using my own style. Diane also told me to get a good teacher!

And I was very lucky in meeting Melbourne artist John Lawry (whose surname similarity to my hero L.S.Lowry was a sign) - who taught me so much about the techniques of painting and how to express my ideas about my world on canvas. If you live in Melbourne and are looking for a teacher please check out John's workshops.

And if you live in Sydney and would like to learn to paint and be mentored, please check out Kevin McKay's classes. 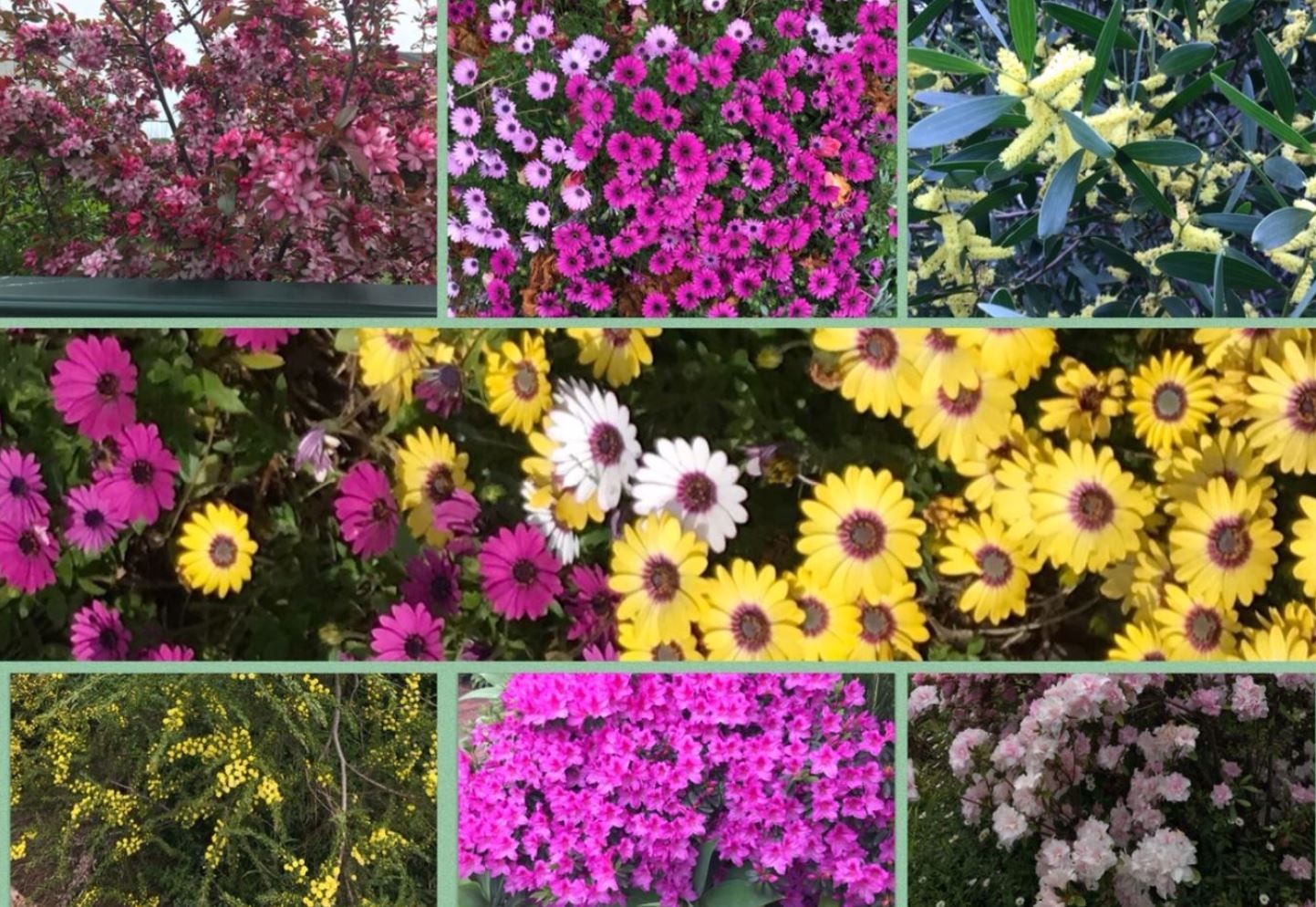 Hurray its springtime in the Southern Hemisphere and the Melbourne gardens are waking from their winter slumbers to a riot of colour. Azaleas and daisies are in full bloom while the wattle has been out for some time.