We humans have always been fascinated by Our Moon and the light it emits across the Earth. One of the first pictures ever taken of the moon was achieved by Dr J.W.Draper of New York in 1840. I think this is an amazing image.

As stated on time.com: We've built monuments and shrines to Earth's seemingly eternal satellite. Ancient charts mapped her movements. Legends and religions rely on her changeable face to explain life and death. And despite her central role in earthly affairs, it's still astonishing to learn that someone made the first detailed photograph of the moon a mere decade and a half after a French inventor named Joseph Nicéphore Niépcethe took the very first photograph in history. (Ref:http://time.com/3805947/the-first-photograph-of-the-moon/)

But Dr. Philip Stoke of the University of Western Ontario, Canada discovered the world's oldest moon map inside a Neolithic passage tomb in Ireland. It is estimated to be 5,000 years old. Here is a map of the moon with the rock carvings superimposed on it.

The Hero Image is another shot of our Moon from the cockpit of K's A330.

Williams uncle was James Ward, the well-known animal painter whom I think we met ages back when we were looking at equine artists.

Then we have another *Moonlight Coastal Scene by Robert Salmon which I've chosen for the highly textured clouds and tops of the waves reflecting the moonlight. 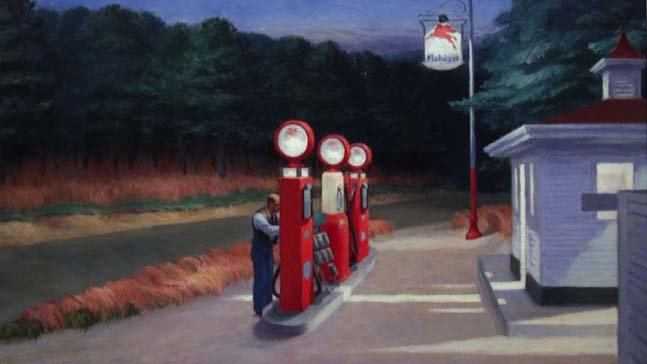 It was the invention of photography and the metal based daguerreotype process which was announced to the world in 1839 through the work of Nicephore Niepce and Louis Daguerre. William Henry Fox Talbot invented the paper-based calotype negative and the salt print processes (Wikipedia)