It seems at the moment I am in the company of poets.

A couple of weeks ago E in London sent me this photo of a portrait of the poet John Donne (1572-1631) as a young man ( about 1595). The painting hangs in the the National Portrait Gallery, London but sadly the artist is unknown. It caught E's eye as the portrait was so unusual so I did a little research to find out more.

It turns out that although the artist is unknown, it is known that John Donne bequeathed this ‘picture of mine ... taken in the shadows’ to his friend Robert Ker, later 1st Earl of Ancrum (1578-1654). (npg.org.uk)

The portrait presents Donne in the guise of a brooding, melancholic lover. The inscription around the oval ‘O Lady, lighten our darkness’ is a deliberate misquotation of Psalm 17, and implies the cause of Donne’s misery is a woman. (npg.org.uk)

And then, Julie was writing her blog on the little known French Impressionist Marie Bracquemond and we learnt that she had painted a portrait of Miguel de Cervantes (1547-1616) so I went looking for the painting. I didn't discover Marie Bracquemond's painting of Cervantes but I did discover that no one really knows what Cervantes looked like as all of the known portraits of him were based on a desciption written by Cervantes himself.

To date, the only information known about the appearance of Miguel de Cervantes’ face is his own description as it appears in the prologue of his work Exemplary Novels: ‘This you see here of aquiline face, brown hair, forehead smooth and emptied, of bright eyes and nose curved, although well provided….’ All the existing portraits of Cervantes were based on this description, which was written when the author was approximately 60 years of age. The most famous oil painting is attributed to Juan de Jáuregui who was a poet, painter and literary academic. Indeed, in the prologue that Cervantes wrote in his Exemplary Novels, he explicitly states that his portrait should be painted by Jáuregui. This portrait is located in the Real Academia Española (REA), but there remains some controversy over its authenticity. (theculturetrip.com)

Here is the painting of Cervantes attributed to Juan de Jáuregui but it might not be a true likeness of Cervantes. 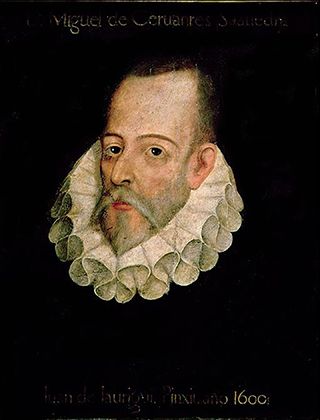 I am constantly reminded of Cervantes through the blog's association with artist John Pickup who has painted many images of Cervantes' Don Quixote in various situations in the Australian outback. More on John Pickup will be appearing on the blog very soon as Caroline and I have been working on a narrative that takes us beyond the world of art.

Speaking of Caroline, she is at the moment preparing several blogs on Bees and we decided that it would be appropriate to accompany her research with some poems about bees which has now become my latest research task.

I discovered that my favourite poet Emily Dickinson wrote poems about bees which we will share next week.

If you are a fan of the works by Emily Dickinson you will know that as she grew older she became increasingly more reclusive and up until recently there was only one officially authenticated photograph of Emily Dickinson: the photo on the left below. It’s a daguerreotype taken in 1847 when she was 16 years old. However, in 2012 a photograph believed to be an extremely rare image of Emily Dickinson surfaced in her home town of Amherst, Massachusetts, showing a young woman in old-fashioned clothes, a tiny smile on her lips and a hand extended solicitously towards her friend. (Alison Flood 5 Sep 2012/theguardian.com)

There is, currently, only one authenticated photograph of Dickinson in existence – the well-known image of the poet as a teenager in 1847. But Amherst College believes an 1859 daguerreotype may well also be an image of the reclusive, beloved poet, by now in her mid-20s and sitting with her recently widowed friend, Kate Scott Turner. If so, it will shed new light on the poet who, by the late 1850s, was withdrawing further and further from the world. (Alison Flood 5 Sep 2012/theguardian.com)

And another favourite poet of people in my age group is Kahlil Gibran (below) who also wrote about bees! We will share his thoughts next week when we are going to have a Bee Week.

When researching Gibran I found this interesting review of his Collection of Letters on the goodreads.com site. What particularly caught my eye was the quote from John Donne (featured above). Here is the review which reveals also that Gibran studied under the famous and remarkable sculptor Auguste Rodin. Gibran is so well known for his writings that we forget that he was a very accomplished artist working predominantly in pencil, pen and ink.

A Self Portrait
by Kahlil Gibran

"Letters mingle souls," said the poet John Donne, & no better proof of this statement could be found than this collection of the letters of Kahlil Gibran. In his letters the author of The Prophet,The Broken Wings, The Voice of the Master & other 20th-century classics bared his soul completely, & their strange magic inspired in his correspondents a like self-revelation. The letters in this book span 1904 to 1930, & truly constitute a self-portrait of the poet in the time of his greatest productivity. These are Gibran's Boston & New York years, with an interlude in Paris, during which he studied under the sculptor Auguste Rodin. There are touching letters here to his sister Miriana & other members of his family; there are thoughtful letters to such influential men as Ameen Guraieb, the editor who introduced the Arabic-American public; & above all, there are impassioned letters to May Ziadeh, the Lebanese writer with whom Gibran had formed an extraordinary "literary & love relationship" entirely through correspondence. (goodreads.com)

Here is his self portrait. 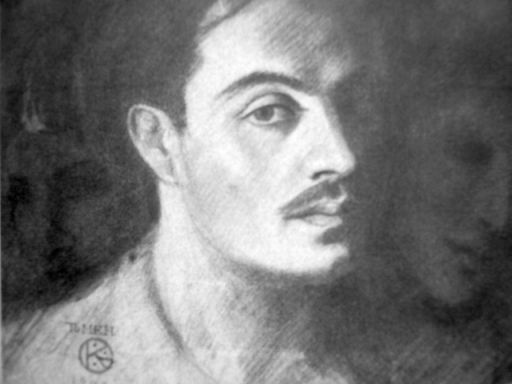 To conclude today I want to give notice that at the end of February Jane and I are going to Canberra to see the Matisee & Picasso Exhibition. In a perfect segue from Caroline's bees to poetry and on to the exhibition, I can share with you that Picasso wrote poetry and included references to bees! More on this next week.

Did you know that Picasso gave up painting to be a writer, a poet? This new direction in his pursuits only lasted a year but demonstrates the sheer brilliance of this man. Even his self portraits demonstrates his changing percpetion of himself and style. 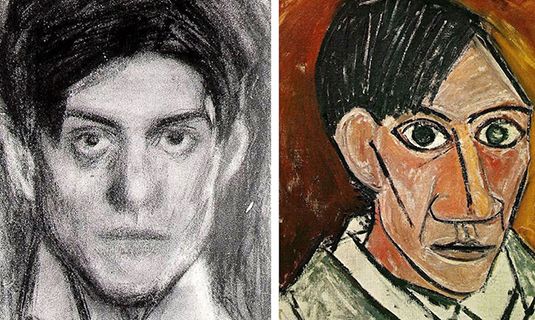 Picasso and Matisse were friends in spite of the friendly rivalry that existed between them. However I can report that it would appear from my research that Matisse (unlike Picasso) didn't write poetry. But what he did do was to read poetry each day before starting to work in his studio. Matisse used poetry for inspiration and energy, saying that poetry is like oxygen. (poetrychangeslives.com) 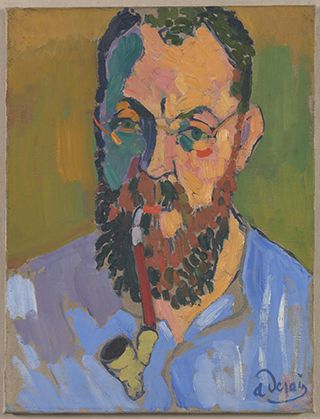 Dunedin, which was settled by the Scottish in 1848 and named after the old Gaelic name for Edinburgh. In 1865, gold was discovered and with it an influx of, soon to become rich, new settlers from Italy, Ireland, France, Germany and China. The Dunedin Art Gallery.