I posted a teaser about Susan Seddon-Boulet, a noted San Fransico Bay Area artist, a couple of weeks agao. Today you will learn a little more about this amazing artist. Susan was born in Brazil in 1941, of English parents who had emigrated from South Africa. Susan's early childhood was spent on a large citrus ranch, managed by her father and this is where she developed her affinity with nature. (turningpointgallery.com) At first she practised on the farm animals but she matured to paint the most remarkable images of wild animals though closely woven into a relationship with humans. 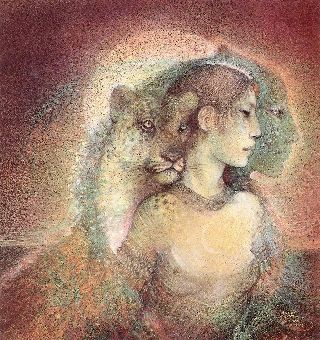 Susan always enjoyed a rich fantasy life; as a young girl she loved the folk tales and stories told by her father and caretakers on the farm. This is where she first developed her love of fantasy and fairy tales; images that would later be very influential in her art. (turningpointgallery.com) 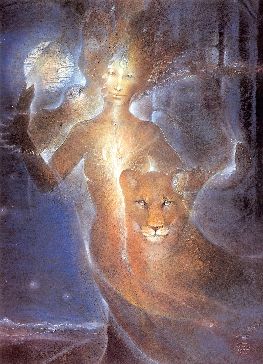 Susan came to the United States in 1967 and worked for Braniff Airlines. It was also in 1967 that she met and married Lawrence Boulet, who was studying at the University of California at Berkeley after serving in the United States Airforce. It was Larry who inspired Susan to dive more seriously into her art and they could often be found on a Saturday afternoon in a local park selling Susan's work from a fence or a line strung between two trees. When their son Eric was born the family moved to Oakland. In 1980 Larry died of cancer. It was a difficult time but with the help of friends and family Susan was able to integrate the roles of mother, business woman and artist. A yearly return to her beloved family and Brazil, helped to nurture her soul and further inspire her to continue her growth as an artist. (turningpointgallery.com)

Tragically Susan Seddon-Boulet died from cancer in 1997. From what I have read she wasn't only a wonderfully talented artist who took great pleasure in being present when her paintings were shown; those that met her, however briefly, were invariably deeply touched by her empathy, warmth, gentleness, modesty and charm. (turningpointgallery.com)

Susan Seddon-Boulet's early work was clearly more light hearted and simpler in content than later work. Portrayals of medieval figures and fantasy characters, appearing in rainbow bright colors, predominated her early work but evolved into a more complex layering of the anthropomorphic images of animals, Shamans and Goddesses. (turningpointgallery.com) 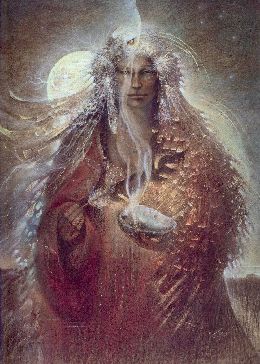 Anais Nin wrote: These figures are out of our dreams, those which flee from us upon awakening, those which are dispersed like dew at dawn, those which fall apart between our fingers like dust-roses. (bookdepository.com) 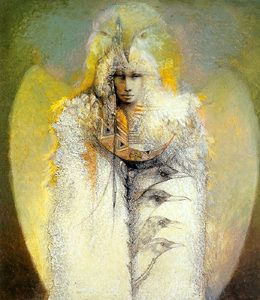 Working primarily in French oil pastels, inks and occasionally pencil, she developed a distinctive personal style characterized by the use of color applied in layers from which dream-like forms emerged. She drew her inspiration from a wide variety of sources: mythology and poetry, Jungian psychology and worldwide spiritual traditions, as well as a deep love of animal and the natural world. There is a fairy tale quality to her work, a sentimental reacalling of childhood dreams of fairies and castles and magic. Her art exerted and continues to exert a profound influence on the lives that it touches. (turningpointgallery.com) 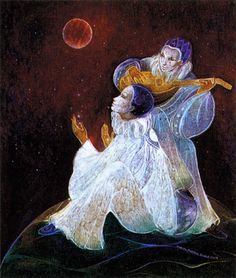 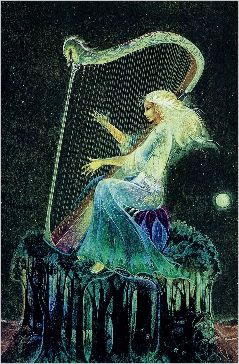 Please take a little time to look at more of the magical images created by this remarkable artist, Susan Seddon-Boulet, displayed in the Turning Point On-line Gallery.

Joan White is a very different kind of artist in that she doesn't paint on canvas or board, she paints on pieces of wood cut from trees.