I must welcome several new subscribers to the blog which is very exciting. Our youngest subscriber has joined up. She goes by the nom de plume of Mia. Welcome to the other subscribers as well.

The strange thing about those Australians who have British heritage is that we might be several generations removed from our ancestral lands but many of us still cling to the tradition of eating a plum pudding at Christmas even if the temperature is way above 40C. The tradition is so strong that during the war years my mother sent a plum pudding to my father who served in New Guinea. I can report from his letter back home, the pudding did not survive the heat of the tropics as it arrived looking like it was covered in green tinsel!

Follow this link for a Summary of the plotand if you still have a local library borrow it to enjoy over the cold winter up north or while you’re relaxing on a beach down south. If you don’t have a library join Chris of Kent’s Protest Movement as seen below. 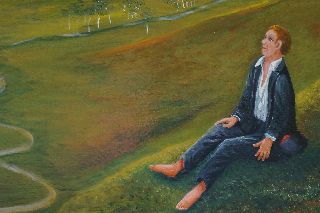