Yesterday Caroline showcased some wonderful images of tulips and explained the phenomenon of tulip mania and shared some of her wonderful family stories based on the Dutch love of tulips. But as Caroline explained tulips originated in central Asia (Persia) and more recently Turkey.

Whilst in London I attended a wonderful exhibition on Islamic Art and learned how the Ottomans established a distinctive court style that appeared on objects made across the empire.

One of their greatest artistic achievements was the glorious pottery of Iznik, a centre of ceramic production established in the 1480s that continued for over 200 years. Over time, Iznik potters introduced different shapes, styles and colours, culminating in the 1550s with a brilliant red and a range of floral motifs, including the tulip.

The contemporary portrait of a tulip (shown below) was created through the centuries-old tradition of marbling, known as ebru in modern Turkish and deriving from the Persian abri, referencing clouds. Practiced in much of the Islamic world, the marbling process involves dispersing colours on a liquid bath, then manipulating them with implements into various shapes and patterns, and finally placing a sheet of paper carefully over the top to capture the floating design. (British Museum Exhibition Label)

Through several centuries, people have applied marbled materials to a variety of surfaces. It is often employed as a writing surface for calligraphy, and especially book covers and endpapers in bookbinding and stationery. Part of its appeal is that each print is a unique monotype.(en.wikipedia.org)

Below is an Endpaper from a book published in Scotland in 1842.

Specialized materials are also needed to creat an Ebru image.
The day before starting work, the artist mixes the water with a sea moss extract called carrageenan. This thickens the water so that paint can float on the surface. The next crucial ingredient is ox gall, mixed with the paints to make them more fluid over the water. Tiryaki says it’s also crucial to use a very specific type of brush, made of horsehair tied to rose twigs, which can last up to five years. “In my years of experience I’ve tried different woods, but none of them can stay in water like this without growing mold or losing shape,” she explains. “Why horsehair? It holds the paint very well. We tried pig hair, which looks exactly the same, but when you lift the brush all the paint falls back into the jar. When you look at when these brushes developed, of course there were a lot of horses around. But we still use them today, and there’s still no alternative.”

To create the iconic marbled background, the artist flicks a large brush against her hand, which sends a scatter of drops onto the water. Then she uses a metal rod called biz to drop paint into the background and then sculpt it into a stylized tulip. She then dips the paper in the water to print her design onto it. From “classic tulips” to “Istanbul tulips” and the “dancing tulips” that Tiryaki invented herself, different forms have evolved over the centuries.
(Credit: theguideinstanbul.com)

In addition to its natural beauty, Muslims also have a spiritual reason to adore the tulip. According to the mystical abjad system of translating Arabic letters into numbers, the Turkish word for tulip – lale – has the same value as Allah, the name of God. It also has the same value as hilal, the crescent moon that symbolizes Islam.(Credit:theguideinstanbul.com)

Below is a video showing you the process involved in producing an image using the ebru method. I have had a go at Ebru Art and believe me it is far more difficult than it looks.

Now a little more about Tulip Mania for those of you who are interested.
Anna Pavord (born 20 September 1940) is the gardening correspondent for The Independent and the author of a number of books on plants and gardening but is best known for her book The Tulip which is about tulip mania has earned her the title of The Tulip Lady. 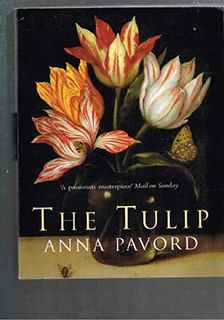 Pavord has a private rural garden in Dorset, The Rectory and she took up writing about gardening in order to finance the revamping of the building and garden. The one and a half acres of garden of this 300-year-old estate in Dorset was used as a nursery for her ideas on horticulture. In the beginning the garden was overgrown and the building dilapidated. It was here that she first planted tulips, and intrigued by their beauty, planted many thousands more. (en.wikipedia.org)

The soul needs to look out at things and find rest and peace and beauty in the things that the eyes are seeing. I think that’s a need. It’s a need as much as having a roof over your head and food in your stomach. (en.wikipedia.org)

I will return to show you more Islamic Art from the exhibition when I have had time to sort out my images. Tomorrow be prepared to return to your childhood. 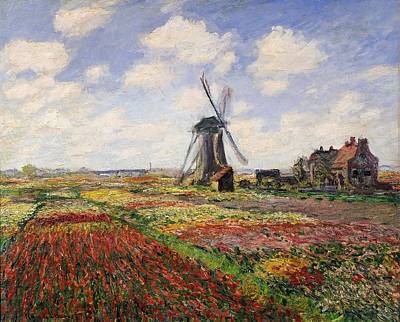 Regardless of the speculative past, tulips have been painted, adored and adorned for centuries, during WWII tulip bulbs were also a valuable food source.