You might be wondering what on earth I'm talking about when I say that it is very important for the future of our world that an A is added to STEM.

For all kinds of reasons and in many different ways there is a courtship (if not a pending marriage) going on between the scientists and the artists.

I was first alerted to this growing relationship by A of Oakleigh whose daughter is a medical researcher and tomorrow we will be looking at some of her work. But first, let's get our minds around this growing realisation that the great artist-scientists throughout history were onto something.

Who were the first of our Artist-Scientists or polymaths?
Su Song (1020–1101 AD) was a renowned Hokkien polymath who was a scientist, mathematician, statesman, astronomer, cartographer, horologist, medical doctor, pharmacologist, mineralogist, zoologist, botanist, mechanical and architectural engineer, poet, antiquarian, and ambassador of the Song Dynasty (960–1279). Su is best known as the inventor of a hydro-mechanical astronomical clock tower in medieval Kaifeng, which employed the use of an early escapement mechanism. (Wikipedia) 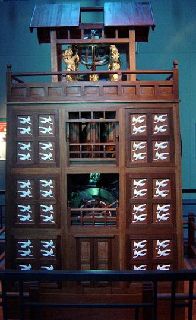 I love the story of the marriage of different types of brains that brought the clock into being: the escapement mechanism of Su's clock tower was invented by Buddhist monk Yi Xing and government official Liang Lingzan in 725 AD to operate a water-powered armillary sphere. Su also completed a large celestial atlas of several star maps, several terrestrial maps, as well as a treatise on pharmacology. The latter discussed related subjects on mineralogy, zoology, botany, and metallurgy. (Wikipedia)

Leonardo da Vinci (1452-1519) is probably the most famous artist-scientist polymath of the Renaissance whose interests included invention, drawing, painting, sculpting, architecture, science, music, mathematics, engineering, literature, anatomy, geology, astronomy, botany, writing, history, and cartography. He has been called the father of ichnology and he is widely considered one of the greatest painters of all time. Only 15 of his paintings have survived but along with his notebooks containing his drawings scientific diagrams, and his thoughts on the nature of painting —compose a contribution to later generations of artists rivalled only by that of Leonardo's contemporary Michelangelo. (Wikipedia) We will return to take a closer look at this genius very soon. Here is his study of a foetus in the womb (c. 1510). 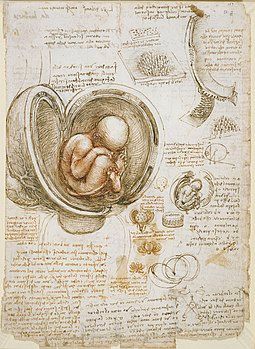 And in contemporary terms you need to be introduced to artist/engineer Stephen Mushin.

IMAGINE a future where fresh dairy products are just a rope-ladder climb away.
For ecological designer Stephen Mushin, a floating ship that animals would live on and produce food is not such a leap of the imagination.The current artist in residence at Abbotsleigh’s Grace Cossington Smith Gallery is exhibiting, Now If What Then, featuring 10 thought experiments.The most impressive of these is the 1:10 scaled 3D printout model of the Cowship version two.“That’s a scheme to take all the world’s farmed animals, like cows, sheep, goats and pigs, and put them in the sky floating using their own methane gas,” Mushin said. (dailytelegraph.com.au)

Below is his Cowship in diagramatic and 3D printed form.

Antarctica melting, polar bears vanishing - what do we do? Farm polar bears on artificial icebergs made of recycled freezers - it's actually possible.

And what is the Hero image at the top of the blog illustrating?

Cancer Researchers are turning to artists for inspiration.

Working with cancer biologist Dhruba Deb, artist Caroline Ometz explored cancer’s effects on cells, including in this painting, Order to Chaos, which depicts a healthy cell (center) being attacked by a yellow cancer-shaped cell. Image courtesy of Caroline Shaw Ometz.(www.pnas.org)

By day, Dhruba Deb studies lung cancer. A postdoctoral researcher at the UT Southwestern Medical Center in Dallas, Deb puzzles over disease-causing genes and the scores of signaling pathways in which they act. Searching through this sea of data, he often has trouble deciding where to focus or how to push forward.

In the evenings, Deb leaves the microscope and pipettes and enters a different world—his home studio—where canvas and paint brushes await. Talking with artist friends, Deb sees the different ways they tackle challenges. Researchers in many fields tend to be reductionist in their approaches, whereas artists “look at the problem from a 30,000-foot view,” Deb says. “They try to encapsulate all the complexity in the system. They say, ‘I don’t know what I am doing, but it’s going to lead me somewhere.’” (www.pnas.org)

Without leaps of imagination or dreaming, we lose the excitement of possibilities. Dreaming, after all, is a form of planning. – Gloria Steinem

The Jorgensen family played a significant role in the development of Melbourne's Art World. In 1934 Sigmund's father Justus Jorgensen and his partner Lillian Smith, established an artist's colony (Montsalvat) in Eltham, an outer Eastern suburb of Melbourne.