Jane has introduced us to some interesting contemporary artists in her blogs on Fabian Perez, Jack Vettiano and Christian Hook. To further help you spend that extra spare cash on a work of art for your wall, check out the suggestions being made by Diana Picasso.

So, you ask, who is Diana Picasso? Diana is an art historian, entrepreneur, and granddaughter of Pablo Picasso. 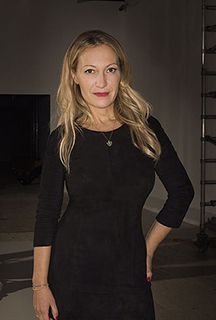 Artsy curators reviewed the recommendations—ranging from under-the-radar artists to boundary-pushing internet art—and gathered works based on their responses.

Explore works by artists on Diana’s wish list below, but first let me introduce you to three of her choices. 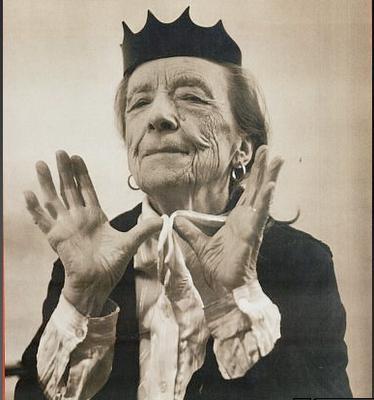 With a career spanning eight decades from the 1930s until 2010, Louise Bourgeois is one of the great figures of modern and contemporary art. She is best known for her large-scale sculptures and installations that are inspired by her own memories and experiences. (artsy).

Born in Paris in 1911, Louise Bourgeois was raised by parents who ran a tapestry restoration business. A gifted student, she also helped out in the workshop by drawing missing elements in the scenes depicted on the tapestries. During this time, her father carried on an affair with Sadie Gordon Richmond, the English tutor who lived in the family house. This deeply troubling—and ultimately defining—betrayal remained a vivid memory for Bourgeois for the rest of her life. Later, she would study mathematics before eventually turning to art. She met Robert Goldwater, an American art historian, in Paris and they married and moved to New York in 1938. The couple raised three sons.

Early on, Bourgeois focused on painting and printmaking, turning to sculpture only in the later 1940s. However, by the 1950s and early 1960s, there are gaps in her production as she became immersed in psychoanalysis. Then, in 1964, for an exhibition after a long hiatus, Bourgeois presented strange, organically shaped plaster sculptures that contrasted dramatically with the totemic wood pieces she had exhibited earlier. But alternating between forms, materials, and scale, and veering between figuration and abstraction became a basic part of Bourgeois’s vision, even while she continually probed the same themes: loneliness, jealousy, anger, and fear.

Bourgeois’s idiosyncratic approach found few champions in the years when formal issues dominated art world thinking. But by the 1970s and 1980s, the focus had shifted to the examination of various kinds of imagery and content. In 1982, at 70 years old, Bourgeois finally took center stage with a retrospective at The Museum of Modern Art. After that, she was filled with new confidence and forged ahead, creating monumental spiders, eerie room-sized “Cells,” evocative figures often hanging from wires, and a range of fabric works fashioned from her old clothes. All the while she constantly made drawings on paper, day and night, and also returned to printmaking. Art was her tool for coping; it was an exorcism. As she put it, “Art is a guarantee of sanity.” Bourgeois died in New York in 2010, at the age of 98. (moma.org) 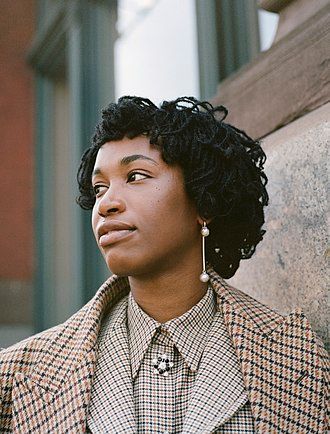 Tschabalala Self is an American artist best known for her depictions of Black female figures using paint, fabric, and discarded pieces of her previous works. Though she uses mixed media, all of her works are on canvas and employ a "painting language." Inspired by works done by an African-American artist, Romare Bearden, Tschabalala Self creates collages of various items that she has collected over time and sews them together to depict black female bodies that “defy the narrow spaces in which they are forced to exist.”, which she derives from the history behind the African-American struggle and oppression in society. Self reclaims the black female body and portrays them to be free of stereotypes without having to fear being punished. Her goal is to “create alternative narratives around the black body”. Not only does Self’s work convey her own personal history, the method in which she uses in creating her work also has a history as well. African-Americans have a long history of using fabric and textiles to create art. The use of different fabrics to produce things, such as quilts, has become a part of the black culture. Much of Self’s work uses elements from this culture to construct quilt-like portraits. (en.wikipedia.org) 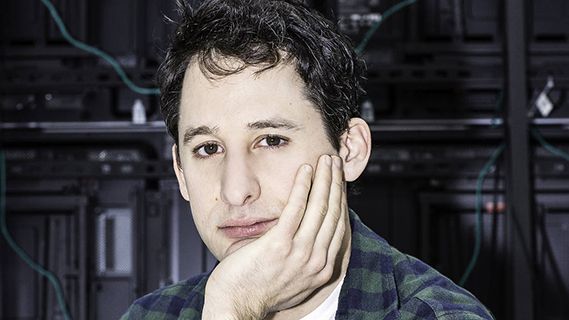 Jordan Wolfson is known for his thought-provoking works in a wide range of media, including video, sculpture, installation, photography, and performance. Pulling intuitively from the world of advertising, the internet, and the technology industry, he produces ambitious and enigmatic narratives that frequently revolve around a series of invented, animated characters.
(timeout.com)

Wolfson's work is highly provocative and not easy to interpret. If you would like to study his work a little more please Click Here.

To see Diana Picasso's wishlist of the art collection she would like to have and of course to choose what you are going to buy - Click Here.