Outback Australia abounds with ruins. Artists around the world love to paint ruins as they offer up so much to the creative mind: amazing textures contained in the weatherboards, the bricks, peeling render, cracked and sun bleached wood. And best of all ruins contain the remnants of the narratives of past lives.

Rob Nankivell is a South Australian who loves to journey through the countryside seeking images of ruins that embody the soul of the past. So come with Rob and me, through the old farm gate and journey back in time.

Through the trees we can see the ruins of a building. It's an old community hall built in 1936, along with tennis courts and oval. According to Rob many community events were held there and it was used for the local Methodist congregation.

I love the detail that the early builders used. Below I have shown a close up of the corner stone work.

We move on and discover the remains of the Crossville School which is situated on the Birdseye Highway between Cowell and Cleve in South Australia. Some of Rob's aunties went to this school in earlier days and if you are interested Rob has discovered that there is a school attendance book at the Old Council Chambers at Cleve.

If we zoom in a little closer we can discern the intricate pattern of shape and colour tones made by the bricks. And note the contrast made by the window and door openings - dark but inviting you to step inside and discover... who knows what!

What a story this image (below) has to tell. Who lived here? Why did they leave? The harvester has its own story of tell of hardship against the unstoppable elements. Hopes and dreams lost in the dust of time.

The lone chimney can be a sad reminder of a past life but also enchanting when it has become home to some natural vegetation that has taken up occupancy in the warmth of the disused fireplace. Personally I love the way nature takes over and embraces the remains of human endeavour.

And please do note the name of the location - Puddle Holes Dam Road- indicative of the amazing array of names given to places, roads, creeks by the early settlers.

And speaking of nature - don't you just love it when an old building is almost obscured by greenery. Don't you get that curious desire to peep through just to see what is on the other side?

The Coach House was a post office in the early 1900s and was used as a resting place for horses of the postal coach. I think it makes an excellent setting for a mystery story perhaps commencing with the opening line: It was a chilly winter's evening and the young post mistresss waited anxiously for the arrival of the mail coach.

And equally intriguing is this abandoned homestead amongst the drift where the sand from the ongoing drought is slowly reclaiming the building.

And here on the AnArt4Life blog we love sheds! But this is in fact a kitchen situated on the Kimba/Cleve Road, north of Cleve. Rob informs us that this was part of his mother's first home.

We are going to leave Rob Nankivell today with a poignant image of a dying caravan. Was it used for summer holidays away from the harsh working hours on the farm? Was it their retirement dream to travel the highways? Or did the family overflow as often happened? Or was this the home to someone who had been given food and shelter exemplifying country hospitality?

Whatever the reason for the caravan's existence it remains protected by barbed wire signifying that it might be decaying but this caravan is important to someone and is going to be consumed by nature not humans or perhaps cattle which might live in the paddock.

Rob Nankivell is more than happy for anyone to use his images as the subject of a painting. However, please acknowledge the source of the image on the back of your painting, that is: Rob Nankivell Happy Valley South Australia 5159.

We will be joining Rob again very soon as he has told me all about some igloos he has found in the desert of South Australia that emit signals and a fascinating story. 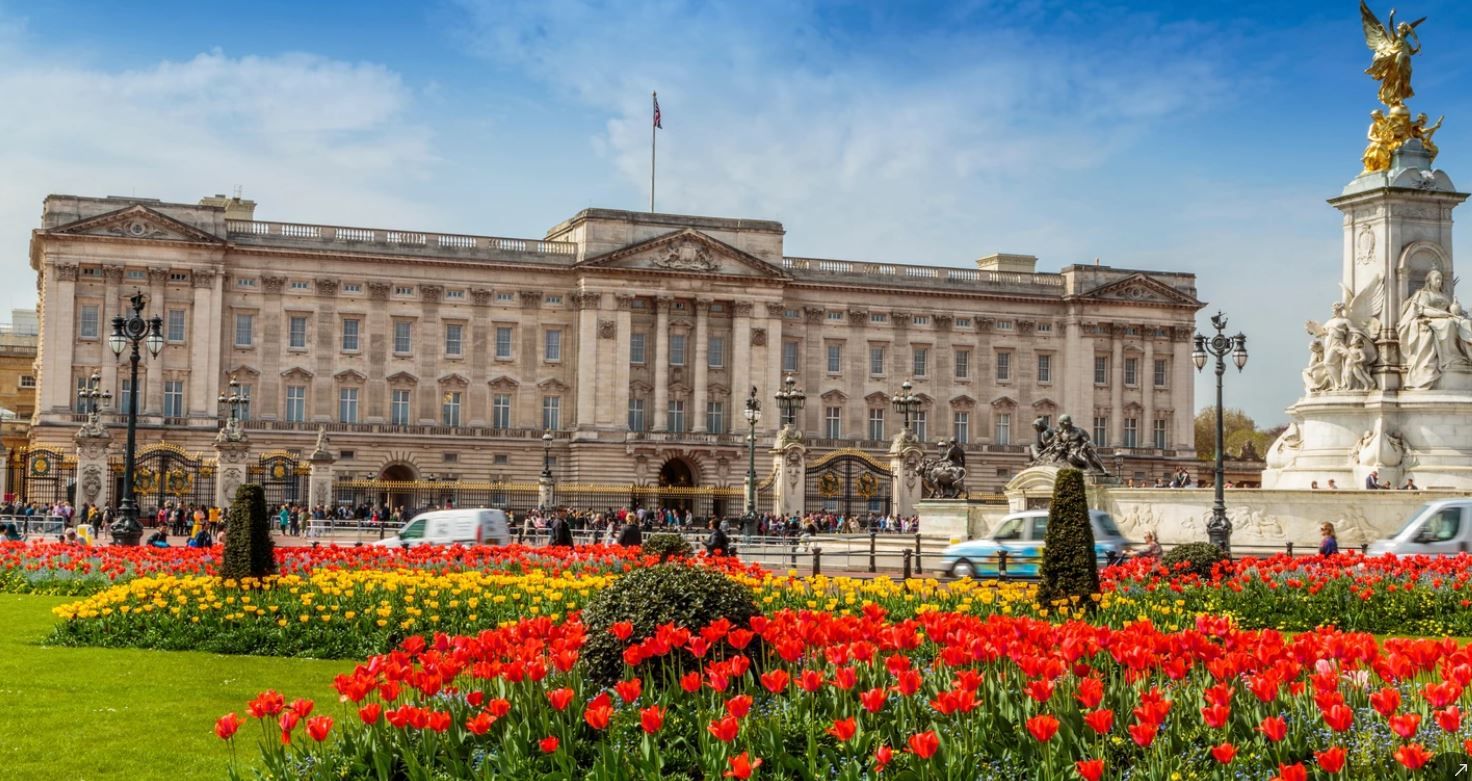 Buckingham Palace is the official residence of Queen Elizabeth II. It has been the home and administrative headquarters for the royal family for hundreds of years; it was only in 1837 that Queen Victoria became the first official royal to call Buckingham Palace home. Credit: © Adrian Seal - Alamy